Located in Châteauguay, less than 30 minutes away from Montréal, Île Saint-Bernard is home to exceptional natural and heritage resources! This unique destination comprises two sectors. The first one, called the tertre or knoll of the island, encompasses some 7% of the area, whereas the Refuge faunique Marguerite-D’Youville (wildlife sanctuary) accounts for 93%.

How to get here

Map of the trails

Belonging to the Grey Nuns for more than two centuries, the knoll is now considered a municipal park since it was acquired by the city of Châteauguay in 2011. Access to the site is free and it is tremendously popular for its magnificent landscapes which can be admired sitting on one of the hundreds of Adirondack chairs available to visitors.

Close to a dozen buildings sit on the knoll, including several ancestral ones, offering a variety of services. You will find La Traite Bistro, the Manoir D’Youville (a 115-room hotel), a stone manor, a mill dating back to 1686, a coffeehouse and a playhouse. There is also the organic apple orchard boasting more than 1000 trees that brings delight to families in the fall. 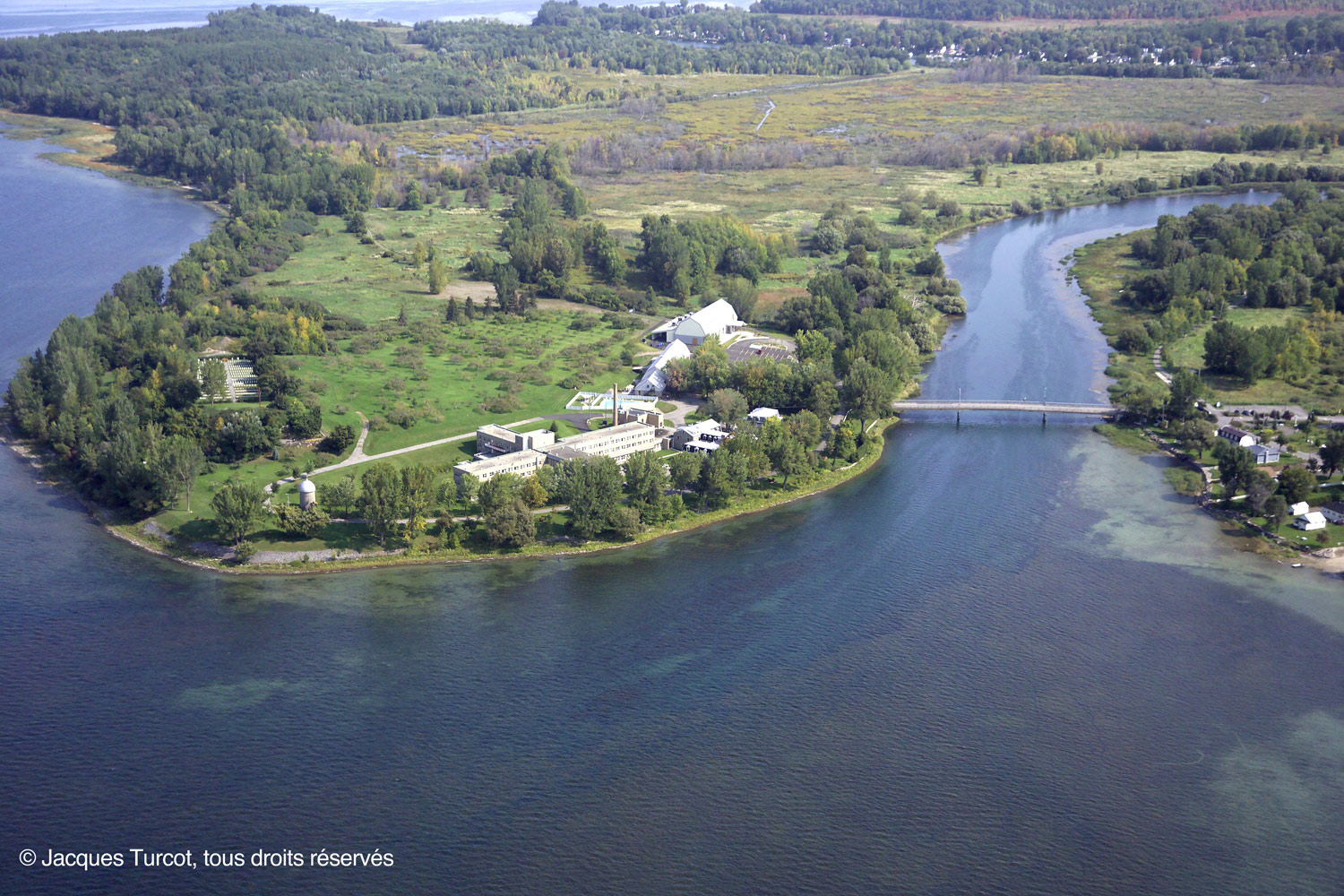 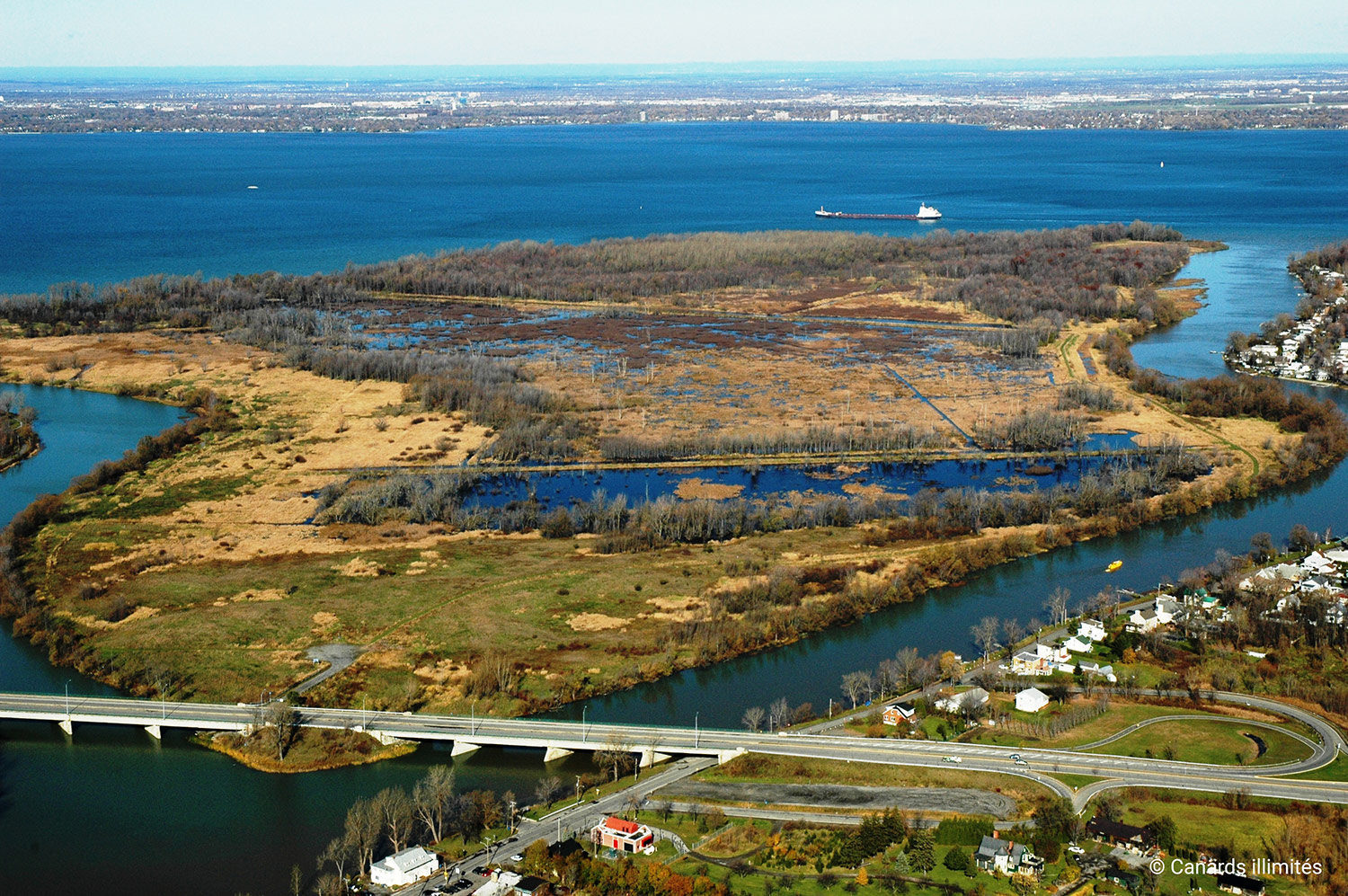 Covering an area of 223 hectares, the refuge faunique Marguerite-D’Youville has been officially protected in perpetuity since 2010. The wildlife sanctuary’s enormous richness includes a wide variety of ecosystems, such as marshes, wetlands, fallow land and maple and oak stands. There are eight kilometres of trails much to the delight of outdoor enthusiasts, families, bird watchers and photographers. A fee is charged to access the wildlife sanctuary, which is reinvested in maintaining the site and also in upgrading facilities and services.

One of the attractions of this rich habitat is no doubt bird watching. The site is a major migratory stopover and over 240 bird species have been spotted. Many mammals roam freely, including a large number of white-tailed deer. Plant life is also plentiful and diverse and contributes to stunning scenery, which changes with every new ecosystem seen along the way.

Access to the Marguerite-D’Youville wildlife sanctuary, whether in summer or winter, is through the Pavillon de l’île. The site is open year round, from sunrise to sunset. Trails are available to hikers and snowshoers. However, going off trail or bringing dogs or other domestic animals is not allowed.

© 2021 All rights reserved to Héritage Saint-Bernard